Facebook Reactions recently hit the network for all users. What will their impact be?

They’ve arrived! Facebook Reactions are here. There was a lot of buildup to their release; so far, they show few signs of disappointing users. Facebook may not be a whole new network, but immediately, reactions have had a pretty significant impact on the look and feel of posts.

What’s less clear off the bat is just what impact they’ll have on users and businesses on the network. Here’s a look at what they might mean.

Facebook’s Like button has been a huge success in promoting user engagement. It’s come to be an instantaneous way for users to say “I saw your post, and I want to thank you for it,” but it doesn’t allow for any more than that.

User feedback has proved to the network that people want to be able to do more than just Like, and maintaining user engagement is key for the powers that be at Facebook. Reactions are an effective way to promote engagement within the Facebook platform.

One immediate reaction to Reactions? Fear that people are going to start “angry facing” all your brand posts. There are a couple of things that can be done to minimize negative reactions blemishing your posts:

What’s the impact for social marketers?

Reactions will add another variable for brands measuring the effects of their marketing. When you look at your brand performance in a broad sense, it will add one (or six) more types of interaction to measure—you can track not only quantity of engagement but sentiment over time.

On a more granular level, it will give social media managers and content creators a rich source of feedback for each post. It will allow them to see more clearly how people perceive your content. If a high number of people don’t just like, but love, a post around a certain topic, or particular types of images, it could be a strong indicator for what to pursue further in the future.

And, though it might be tough to swallow sometimes, having a way for fans to express displeasure with brand posts will be very valuable overall. Low engagement is one thing, but it’s critical to know if you’re creating and posting content that some fans really don’t like to see. This will add another way to receive that input beyond comments. Negative Reactions could even help improve the strength of your brand—if a post about a certain topic or product makes people angry, it could allow you to investigate and fix the problem before you lose customers.

Even if people started out asking for a dislike button, it looks like they’re pretty pleased with what they got in its place. Brands should put aside any worries and embrace Reactions as a way to get to know their Facebook audience even better, so they can create stronger content, and make their message heard. 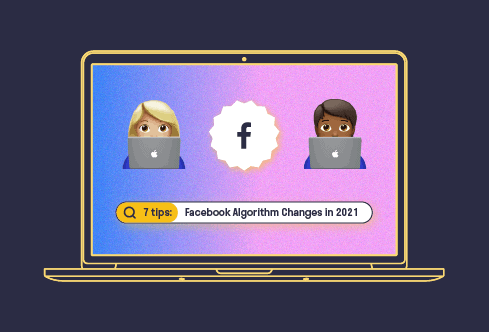